Yes, that is the real name of a “museum” we visited this weekend. We went with some friends, all aware of how little we knew about what we were getting into. This place was basically a series of black-lit rooms with large-scale paintings on the walls/ceiling/ground. Each painting had a diagram of where to stand to become a part of the scene, and where to stand to get a picture of it. It took us a number of trial-and-errors (chalking it up to the language barrier. Seriously, literacy is important, never take it for granted!!!), but soon we were posing and having a blast. The kids were running around, screaming their heads off, but we just let them. Every now and then, playing the ignorant foreigner card has its advantages. Not that I’m condoning such lazy parenting and lack of cultural sensitivity. Except once in awhile :-/… Besides, we were truthfully the only people there… I’m moving on now.

The museum ended in a cafe specializing in kid’s cuisine, done up in true Japanese style. Rice balls shaped like teddy bears. Sandwiches with little, edible cartoon faces. That, followed by frozen yogurt and a second dose of running around screaming (outside this time!) and I’d say it was a fun evening for everybody. 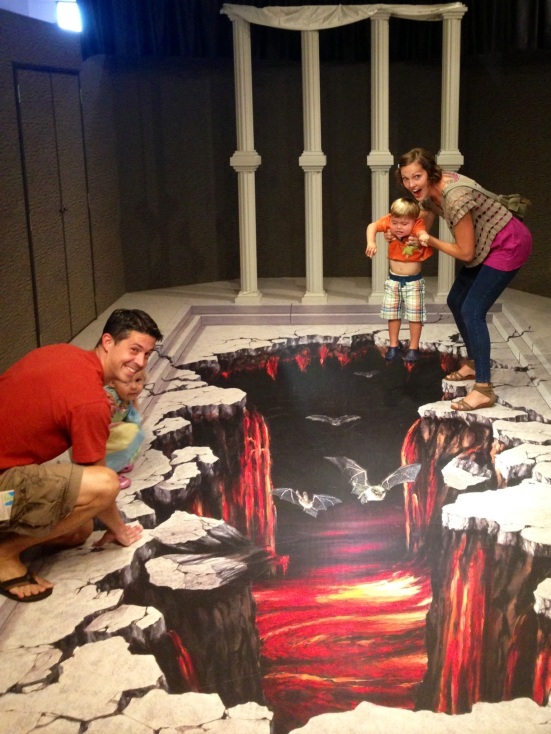 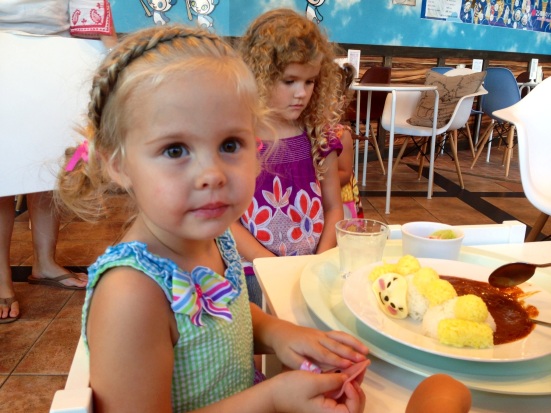 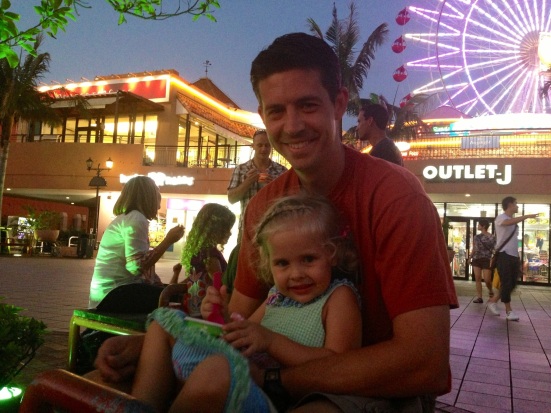