So…. Cherry blossoms (sakura) are the national flowers of Japan. Once a cherry tree goes into blossom, the flowers remain for only about a week then abruptly fall to the ground, a highly symbolic process in Japanese culture linked to the samurai, the kamikaze, the rebirth of spring, and a general notion of the fleeting nature of life, to name a few. The cherry blossom season usually begins in early March for mainland Japan, but Okinawa is the southern-most prefecture of Japan and as such, the cherry blossoms begin here first and earlier than for the mainland. Now, actually, starting from the north of the island and progressing southward.

We decided to have a go at cherry blossom viewing (hanami). I’ve previously lamented the pitfalls of the language barrier. And at this point, to continue lamenting is pathetic, so I’ll just say we did our best to research where to go and when to go. From what I could tell from the car windows, our research was rather effective. Unfortunately, we failed to take into account a key factor- the weather. So, our day of hanami looked more like this. Drive for over an hour, taking only about 3 wrong turns, despite the use of 2 smartphones, to locate cherry tree forest in the mountains. No worries, since children both fell asleep. Arrive at forest and simultaneously realize the weather is not cooperating. Take pictures from the car. Reach out the window and grab a few cherry blossoms from an overhanging branch, give to Isla who is now awake. Drive away from forest and find a place to eat lunch. Eat lunch, then take children to the infamous and nearby Pineapple World (see separate post on PW). Call it a day after gorging on all things pineapple.

Tomorrow is Elliot’s last day in Okinawa. Depending on the weather, we may try again to find cherry blossoms!

Fun Fact- the cherry trees in Washington D.C. were a gift from Japan in the early part of the 20th century. 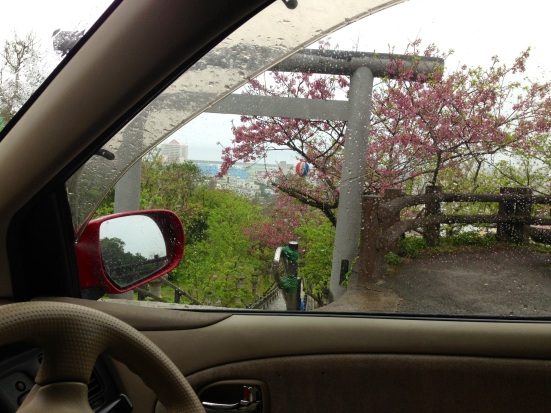 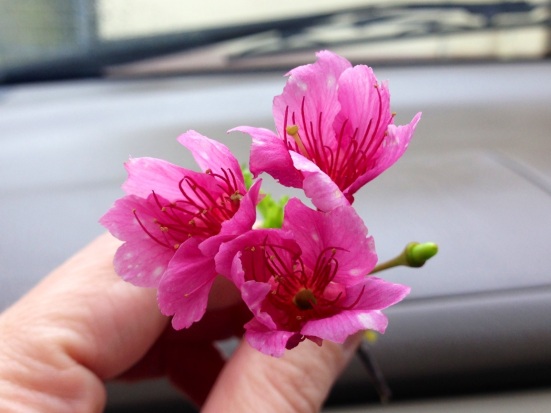 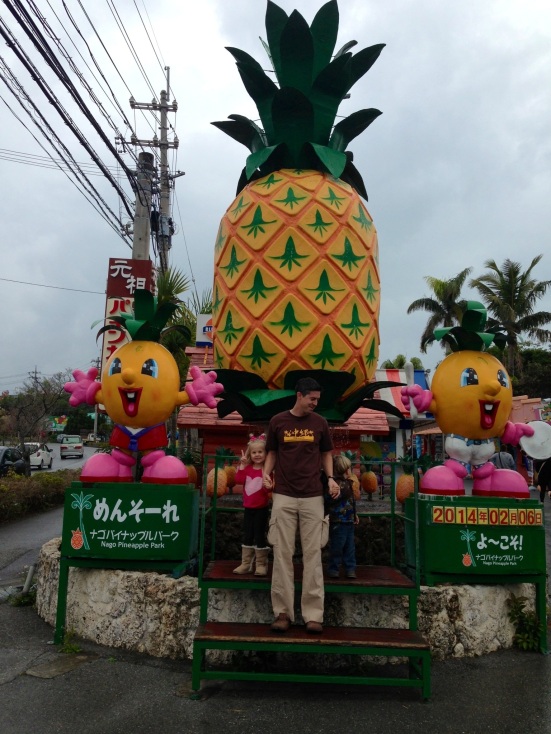