Just as all good ideas come to me lately, I found these in my Facebook feed.

I wanted to try elements from both, and after a particularly challenging day, I prepared the warm and fuzzy jars. I don’t usually go for this type of motivation, but desperate times call for… flexible parenting styles. The next morning, I explained the game plan to Isla. Any and all acts of kindness and helpfulness would earn her a pompon. 6 pompons would earn her undivided mommy time on her terms. Asher got a jar, too, but we all agreed he could just play with his however he wanted. Holy life-changer. Two days now, and the amount of positive interactions going on around here has noticeably increased. Isla has asked for hugs, kisses and coloring with me as her rewards so far. You bet, kiddo!

An unexpected corollary to the jars has been the play they’ve inspired. While I’m cooking, Asher often sits up on the countertop or plays in the sink. He started playing with the jars as seen in the video. That led to me later taping up the toilet paper rolls, which Isla wanted to do, too. The only way I could get them into the bath that same night was to extend the game into the bathtub.

Anyway, last night as Asher and Isla were saying goodnight to each other, Isla said, for the first time in her life, “I love you, Asher.” And Asher replied, for the first time in his life, “I love you, too, Iwa.” I had to play it cool, like I didn’t even hear them, because my kids (all kids?) have an uncanny sense of what really matters to momma… and they typically push against that, in their my-job-is-to-test-you M.O. And I don’t want my loaded expectations to weigh down their relationship with each other anyway. So I tucked that little treasure right into my heart, inconspicuously wiped my eyes and went on about our bedtime routine. These kids! 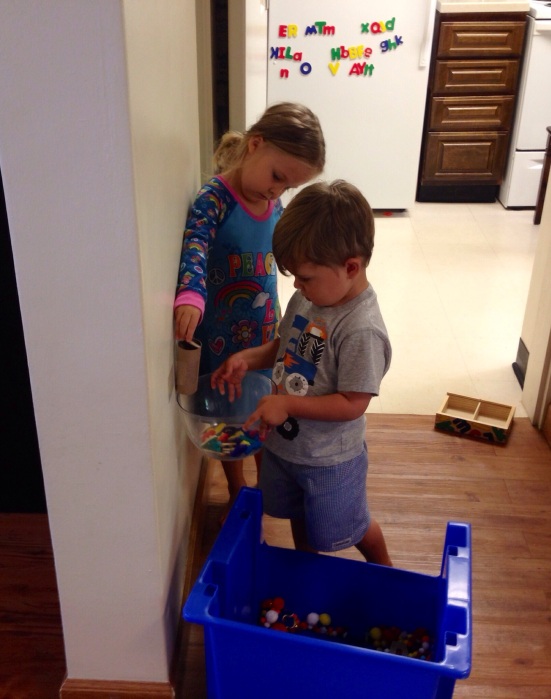 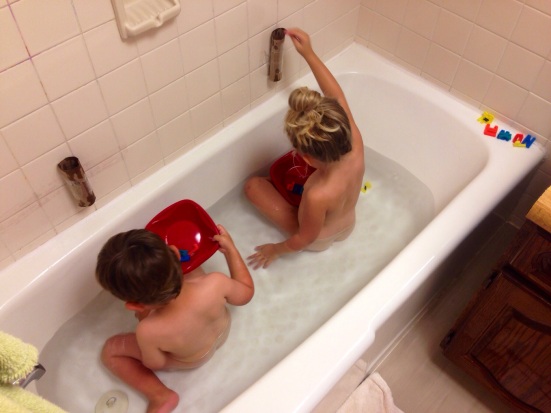 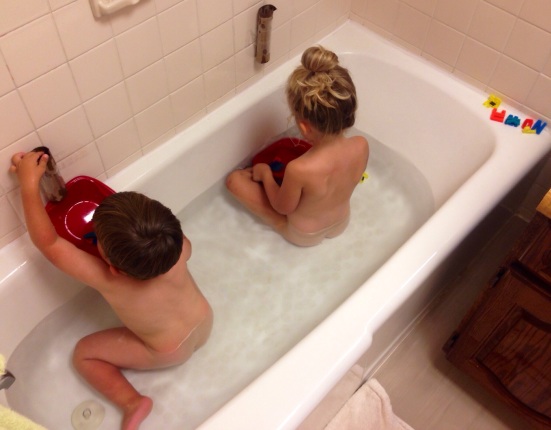 2 thoughts on “Warm and Fuzzy”