We discovered The Wonder Museum, located within the zoo, last year when we arrived to Okinawa. Indoors, child-centered, air-conditioned. We got season passes, of course. But then The Wonder Museum closed… for months. A large sign explaining the situation was proudly displayed in front of our beloved, 3-story, round building… in Japanese. I could ascertain a re-opening date of April this year. When April came around, we made our way back. The Wonder Museum had been re-done and we loved it even more! Though we’ve been back to the new and improved museum a number of times since it’s re-opening, today I actually took pictures! A lot of them.

In the dress-up area, Asher and Isla improvised a game of Tooth Fairy. Asher would pretend to sleep while the Tooth Fairy, in her multiple wardrobe changes, would visit and leave tokens (coins from my wallet). This adorable game captured not only my heart, but also the hearts (and by hearts I mean cameras) of a large group of Japanese adults on a guided tour of the museum.

I also took a number of pictures in the ball area. On a better-rested day, perhaps I could give it a more creative name than ball area, but whatever. Initially, Isla and Asher walked past this area with minimal interest. They stopped nearby for a drink and snack, at which time, a mob of Japanese school children got busy putting this area into action. Isla and Asher started watching closely, and soon joined in the effort. They were welcomed by the school kids, who happily included them in the serious fun (no really, it was serious) by sharing balls, helping them retrieve balls, launch balls, etc. Good times. 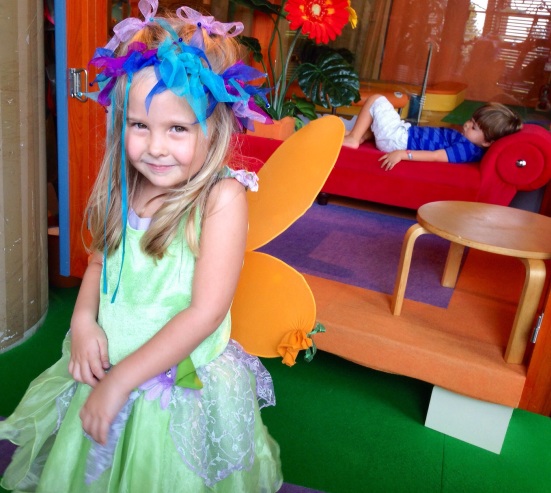 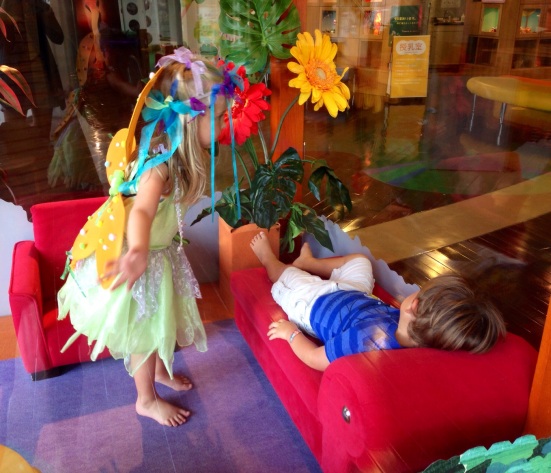 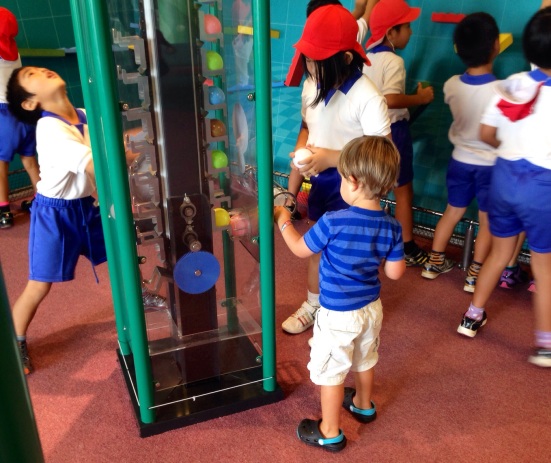