As it turns out, riding elephants through the jungle is 1) more challenging than it may appear and 2) way scarier than petting (sleeping) baby tigers. At least, that’s my take on it.

Of all the things to do while on a vacation to Thailand with young children, riding elephants was probably first on our list. We expected the experience to be tourist-driven. We expected to have some mixed emotions about what could easily be seen as exploitation of the elephants. Still, we really wanted to take the kids to do this.

We arrived to the elephant camp after about an hour’s drive out of the mountain valleys into the lush jungles of Thailand’s northern mountains. We had no sooner purchased our tickets for the day when we walked down a few, winding paths right to a line-up of numerous elephants, male and female, young and old, standing *right there.* We gathered our bottom jaws off the ground and purchased bananas and sugar cane to feed to the elephants. Isla and Elliot got right into this; Asher and I hung back a bit. I mean, somebody had to take pictures. Some other people were letting the elephants swing them around with their trunks (notice the picture I included of the somewhat elderly lady). No way we were doing that. Seriously, we have to draw the line somewhere.

After their snacks, some of the elephants headed down to the river to “take baths,” while we watched from up top. Then the show began. Elephants jumping on 3 legs, doing handstands, playing soccer, painting, playing harmonicas, giving Thai massages to their trainers, building log walls, marching in lines. But let’s just get to the good part- the rides. Those came next.

The elephants have a trainer sitting on their necks and a seat, I guess I’d call it that, fixed to their backs. You climb into the seat and a metal bar is secured across you. That metal bar, which Asher couldn’t reach, is the only thing to hold onto and from the elephant’s first step, it’s obvious that not holding on is not an option. Riding an elephant is extremely bumpy, and that’s on a flat surface. Of course, the path was basically never flat. Going downhill, I seriously thought I would fall right out of that seat and down a long way to the jungle ground, or better yet, into the river that Elliot and I lovingly nicknamed S#%$ Creek for obvious reasons. And poor Asher. I had a ninja warrior grip on him for the entire ride. He didn’t smile once, but he talked and talked telling me how much fun he was having, how much he loved the elephants, how I didn’t need to worry because we weren’t going to fall. I’m pretty sure he was practicing the power of positive thinking. Elliot and Isla, on the other hand, had a grand time on their elephant. Taking selfies together, kicking back with their legs crossed, enjoying the scenery. Isla could reach that metal bar, and I’m convinced that’s the key to an enjoyable elephant ride. I had a lot of fun, don’t get me wrong, but I really did have to work hard to keep both myself and Asher inside that seat. Also, don’t ever wear flip flops during an elephant ride. I’m still amazed I kept them both on my feet. I wanted to just take them off and shove them in my bag, but that would’ve required taking my hand off Asher, which wasn’t about to happen. All in all, riding an elephant was thrilling, similar in many ways to a great roller coaster… without the safety measures! And just like a great roller coaster, I’d do it again in a heartbeat. Isla and Elliot, too. Asher, maybe not so much. 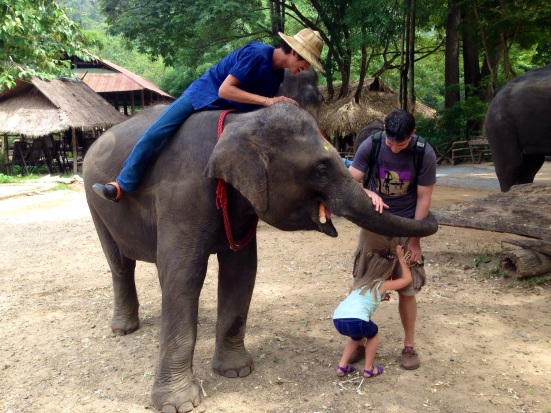 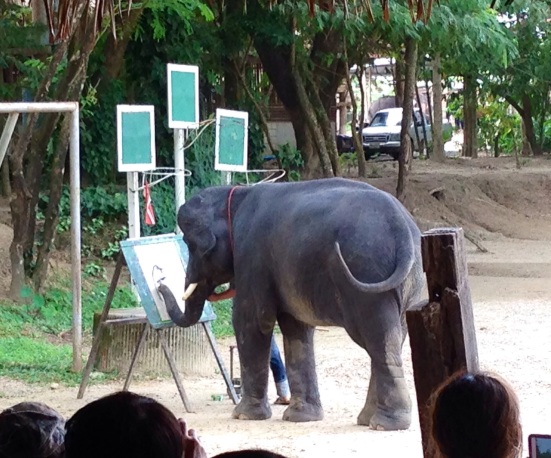 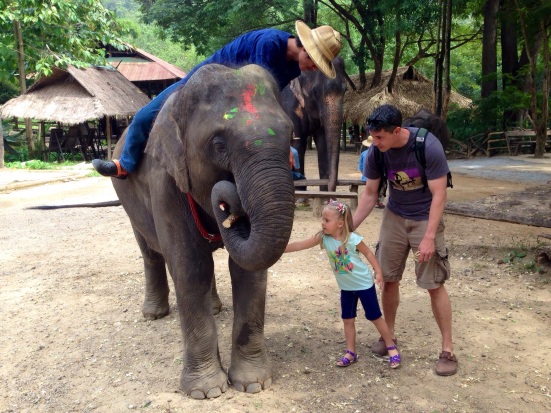 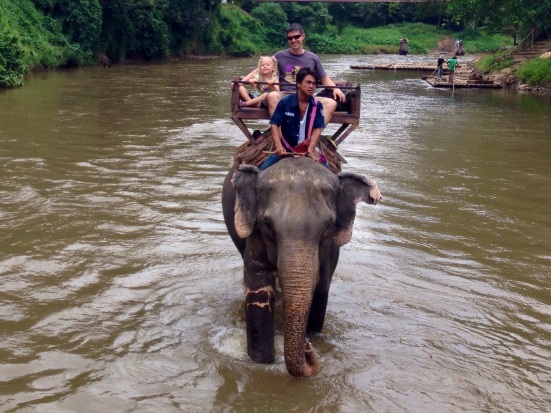 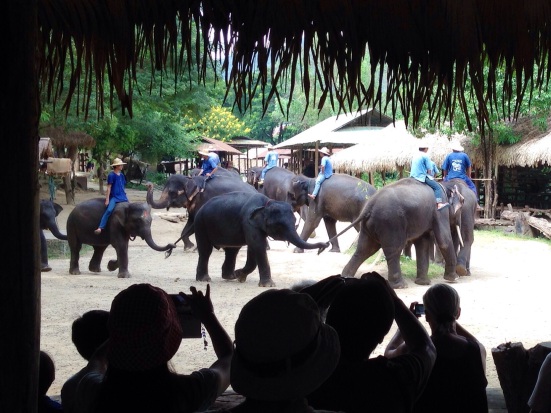 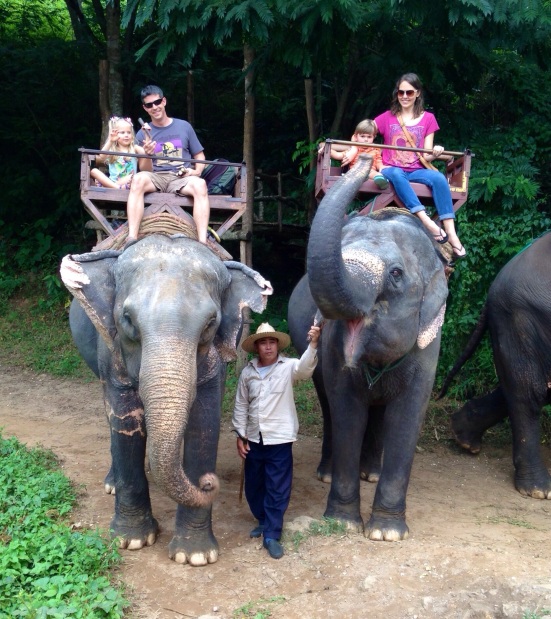 One thought on “Elephants”