Buddhist temples are scattered throughout the city and the outskirts of Chiang Mai. We visited a few of them, always trying our best to balance the demanding schedule of being a little kid (wake up-eat-play-snack-play-eat-nap-snack-play-eat-play-go to bed) with the flexible schedule of being a tourist in a new location (wake up-maybe eat-go see/do stuff-maybe eat-go to bed). Amongst other things, the temples contained lots of dragon and elephant statues. Isla and Asher really liked those. They also enjoyed seeing monks chanting, roaming about the temple grounds, and meditating. Perhaps their favorite part, though, was the day Isla pushed Asher in the stroller. He had been having a tough morning up until that point. When Isla grabbed the handles of the stroller and started running and turning in circles, Asher’s laughter returned. 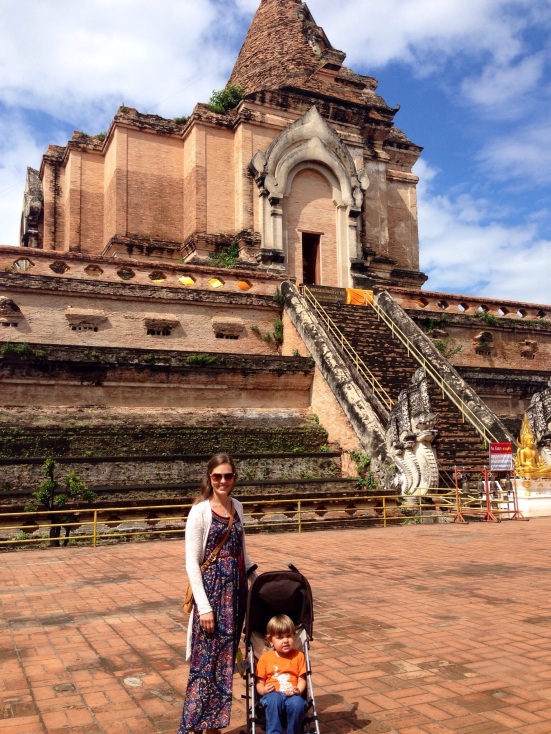 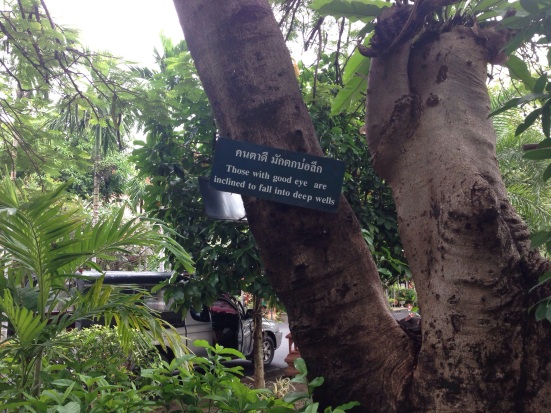 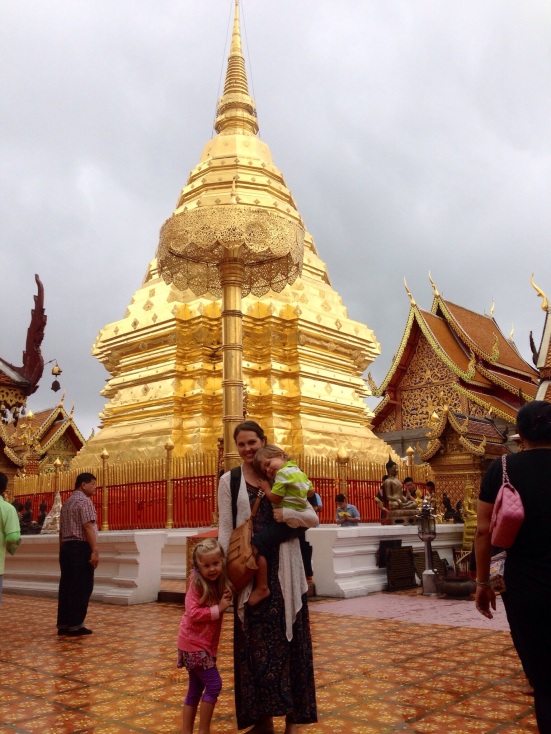 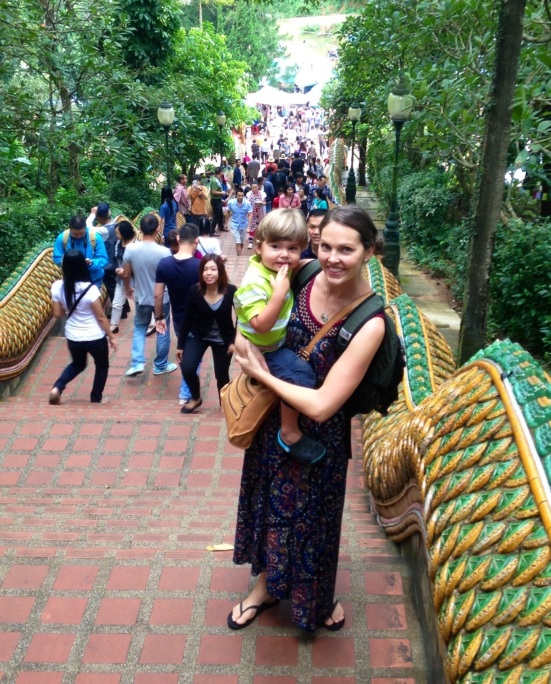 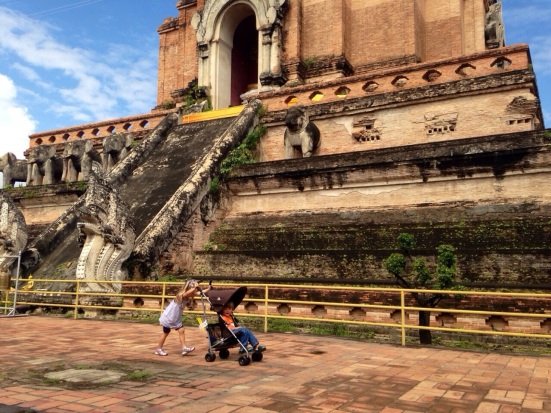