What a great weekend!!! We started Saturday morning with a family 5k. Before the 5k, the kids got to do a trick-or-trot where they ran (well, ran-walked) a 1k loop with candy stations. Then they hopped in the stroller and chowed down on their candy while Elliot and I jogged the 5k. The race raised funds for the local animal shelter, so the route was not only stroller-friendly, but also animal-friendly. Between our giant stroller, and all the leashed pets, oh, and the minor fludding on the trails, Elliot and I got a PW- personal worst! We didn’t care, though, it was fun. Definitely more fun for the kids than for me (running- ugh). At least we got to see fun costumes on people and pets along the way!

We then spent the afternoon at home, carving the pumpkin, playing, watching the Gators win! Next it was time for trick-or-treating. Seeing as I still haven’t recovered from the family costume fiasco of 2013, Isla and Asher were given free reign with costume choice again this year. Maybe by next year, we’ll be ready to try out a family theme again. Anyway, Isla chose Sophia the First, BUT, mermaid version. Asher kept it simple with Batman. They loved trick-or-treating this year! Definitely their best year yet. We just went around one loop in our neighborhood, then they were ready to come back home.

Our neighbors set up a little (not scary) haunted house in their front yard, complete with disco ball and music. The kids wrapped up the night dancing their hearts out with glow sticks in and around the haunted house. I hate to say it was a rave party… but, um, it was a rave party. G-rated. But still. Elliot and I switched back and forth between delight at the kids’ enthusiasm, and horror at the idea of this situation in another 15 years or so. Ahhhh, parenthood.

Sunday we spent a lazy morning at home, then headed to Fiesta Texas for the afternoon. Everything was going pretty great until we took Isla and Asher on the river rapids ride. Note the picture before the waterfall, and then the picture just after the waterfall. If ever you’re feeling like a bad person, refer to those pictures. Remember that we did this to our children, and got a good laugh out of it. Then feel better about yourself. Anyway, we came prepared with a change of clothes for them, and all was right with the world again. Good times! 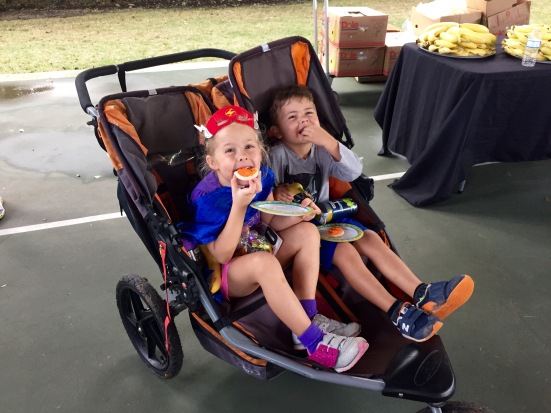 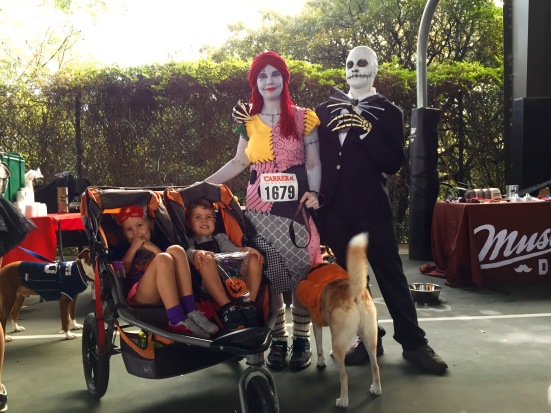 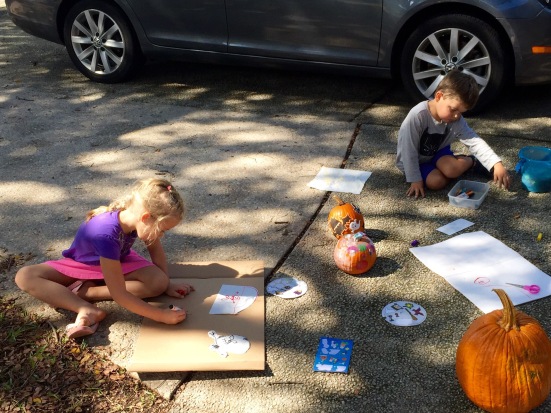 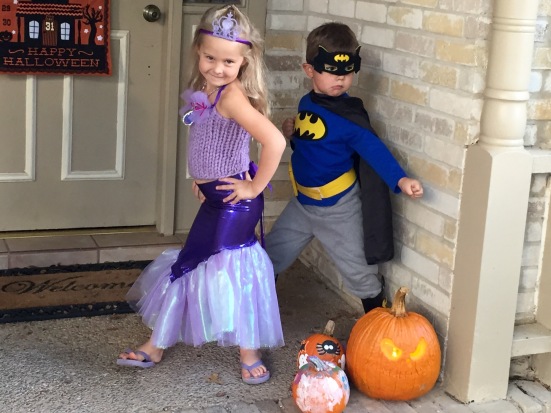 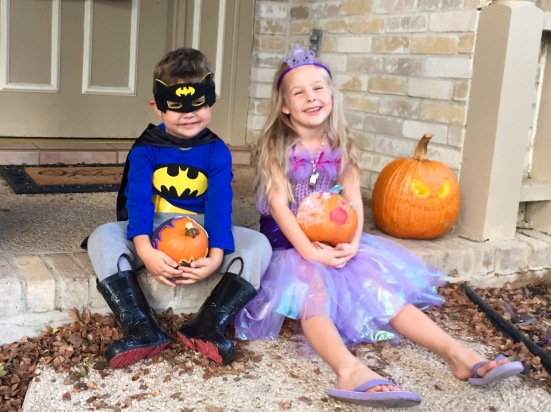 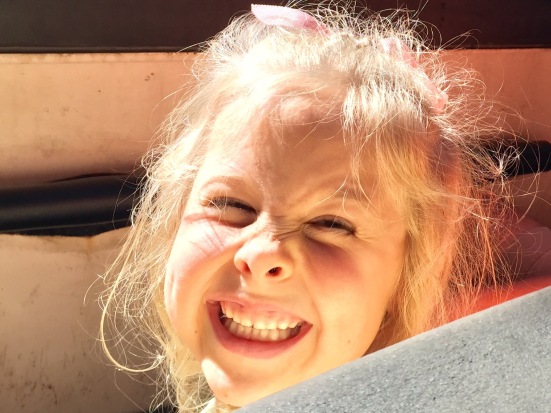 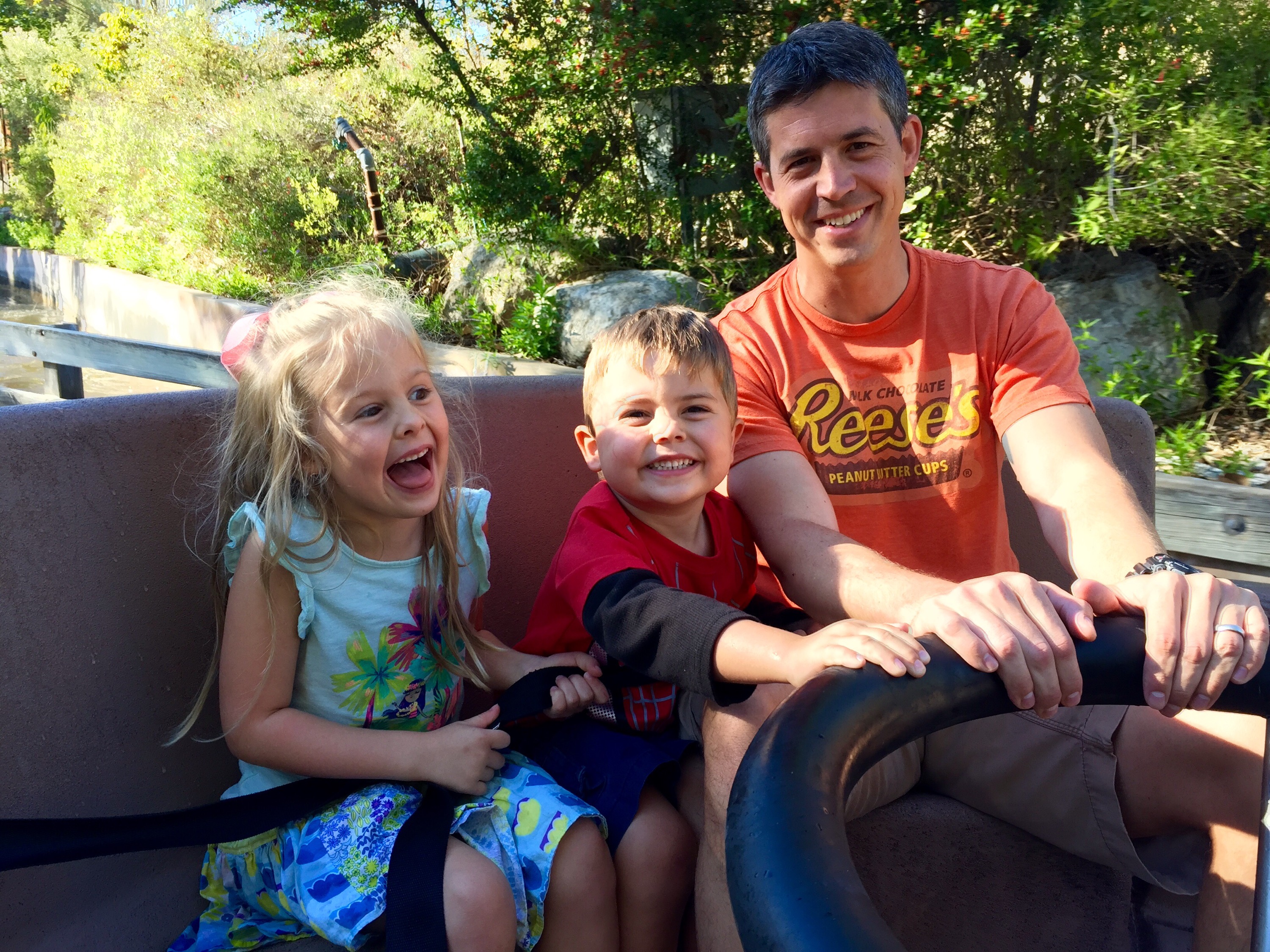 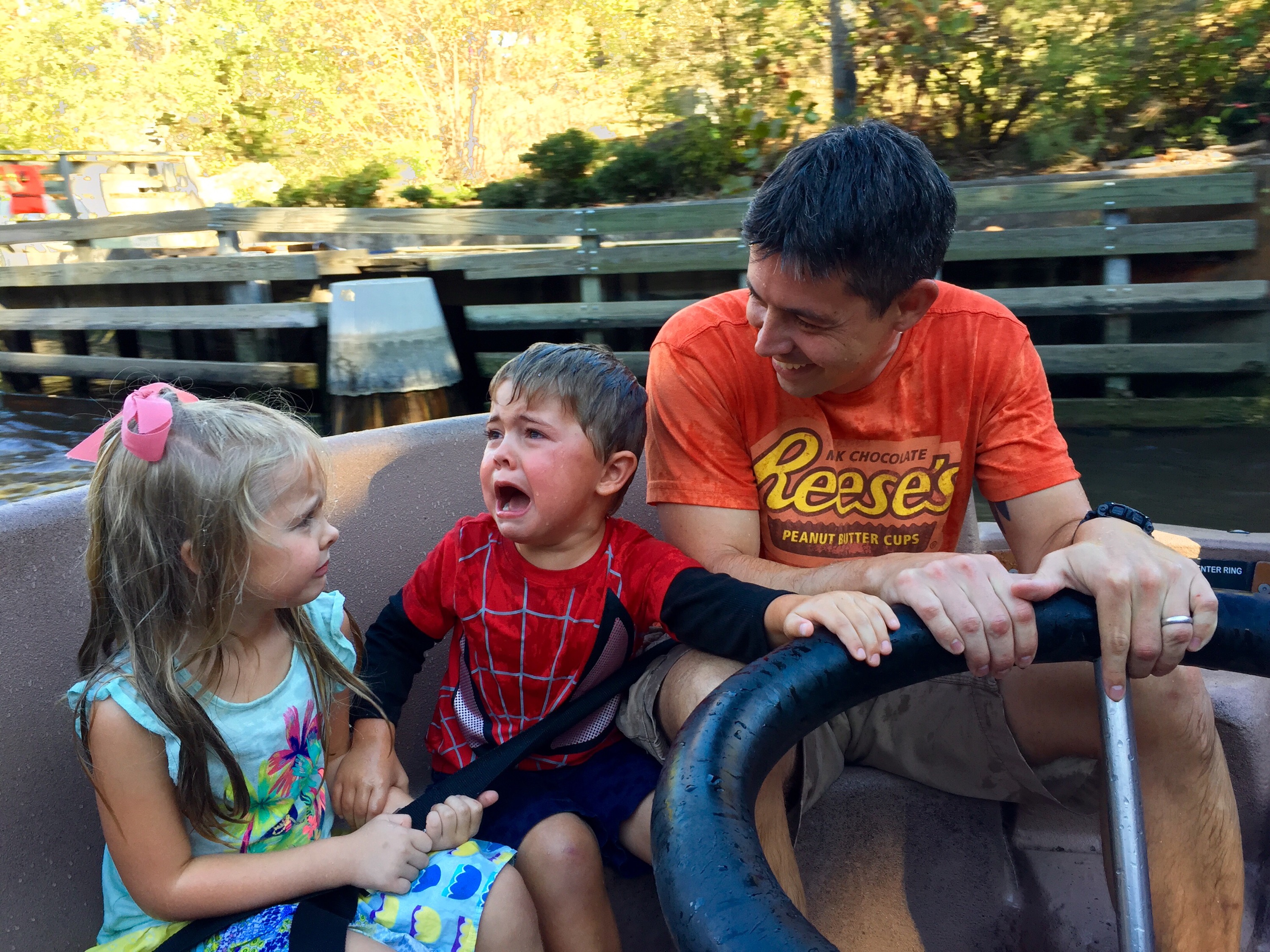